Sarah is featured on Nike IGTV channel discussing her journey to Kona Ironman 2018 in “My Crazy Dream”. She shares how she dreams big and how you don’t need two legs to dream. Filmed on Kona, Hawaii the week before Sarah competed and finished the Ironman World Championship 2018.

If someone said to me, “look we can give your leg back”, I don’t think I would take it. I think the life I’ve led on one leg is far more exciting than the life I would have led with two normal legs.

Call me crazy. I don’t mind 😉 Check out @nike’s IGTV for my feature story #justdoit

Competing in the Ironman with a Prosthetic Leg

View this video interview with USA Today where Sarah Reinertsen explains how she competes in the Ironman with a prosthetic leg. This will be Sarah’s third IronMan, which will be held in Kona, Hawaii on October 13, 2018.

I want people to see me in the Ironman, and instead of feeling sorry I want them to feel empowered. A lot of social change comes through sport, think of Jackie Robinson. In some ways I want that same cultural change to happen with people with disability.

With the Ironman there are no exceptions to the rules. Every competitor, even those with a prosthetic leg like Sarah’s, swim, bike and run under the same mandates making the race even more of a challenge. Sarah must bike without being able to stand up on the pedals when more power is helpful for powering up the hills.

I still continue to hear stories about people with disabilities that are being denied the rights to play and be part of after-school sports and this year the race for me is really about having a higher purpose. I really want to dedicate this one to helping others get to their own starting line. 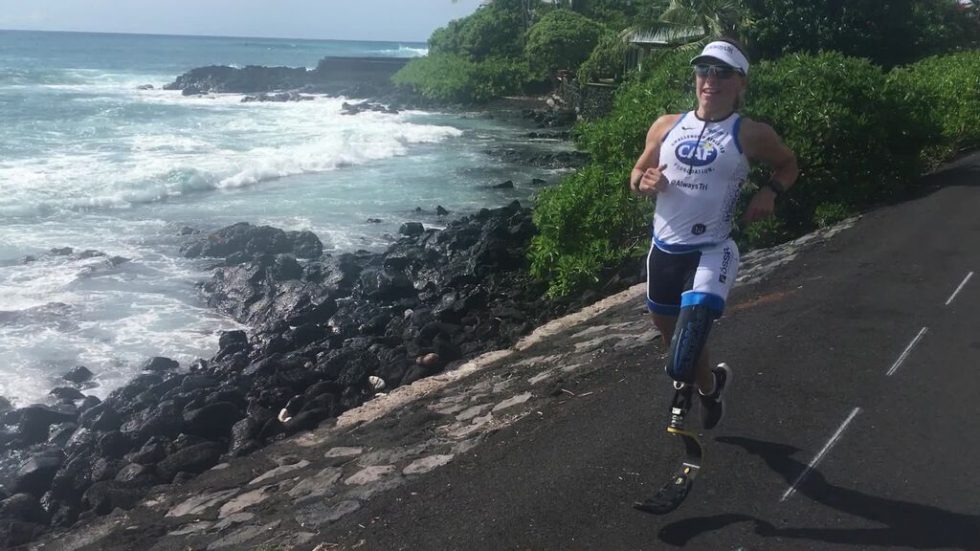 For info on the Kona Ironman World Championship 2018 race, how to track Sarah’s progress in the race and where to watch highlights of the race.

She discusses how as a child with a disability it was difficult to get involved in sports. She didn’t know she could be an athlete until she met Jim McClaren, which changed the trajectory of her life, as he showed her it was possible to be a runner and to race in triathlons.

Sarah, who missed the bike cutoff time in Kona in 2004 but came back in 2005 to make all of the cutoffs became the only single above knee amputee woman to finish the race. She talks about her experiences in 2004, what she learned and how it helped her conquer the course in 2005 to hear Mike Reilly say the words, “You are an Ironman”.

She also discusses her most recent athletic accomplishment of being the first amputee athlete to complete the World Marathon 777 Challenge, 7 marathons in 7 days on 7 continents.

Thirteen years later she is back, aiming to finish the race and inspire other challenged athletes to reach for their dreams.

I know when I start this race, there are no guarantees I am going to make the cutoff. So it is a very different ballgame. I am not looking for first, second or even tenth place. I just want to finish this thing. –Sarah Reinertsen 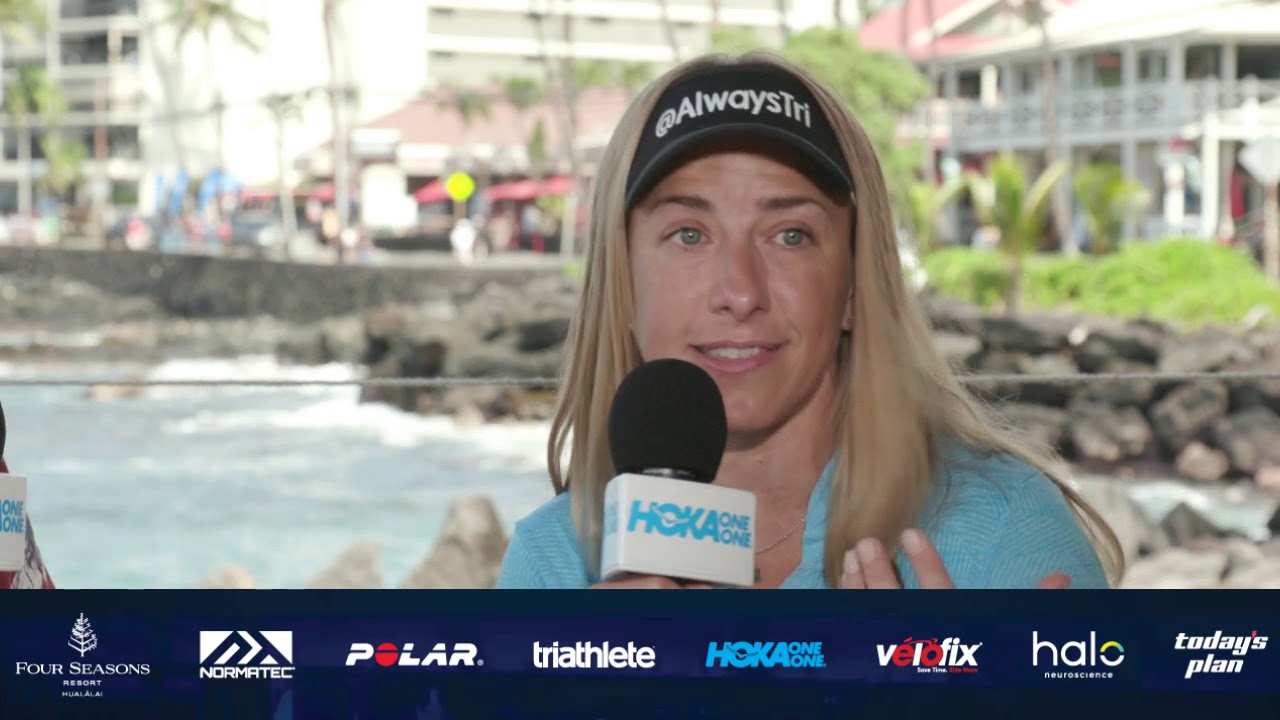 “Becoming an IRONMAN truly changed my life, and continues to touch so many things in my life even after all these years. It’s helped me find strength and confidence not just in sport, but in all areas. I’ve also made friends through IRONMAN that have come to seem like family.”, said Reinertsen

You can watch a video on the excruciating ups and downs of Sarah competing in the Ironman two years in a row. The first year not finishing and the second year returning to finish unfinished business by completing the Ironman and becoming the first female ATK amputee to cross an IRONMAN finish line. 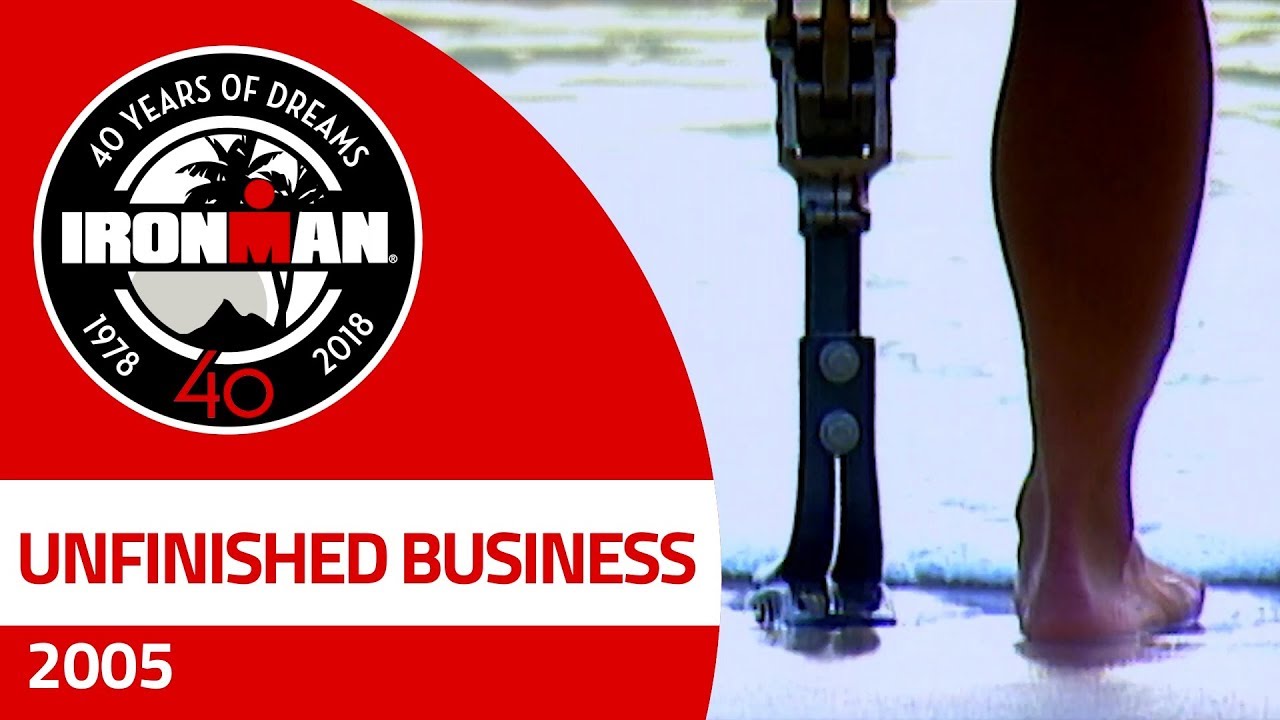